HOME > EN > People > Persona >
Geshe Tenzin Wangyal Rinpoche - bon in 1961 in Amritsar (India). Received the full education at the Bon Dialectic School of Menri Monastery. In the age of 13 Tenzin Rinpoche began the Dzogchen practice under the guidance of Bon and buddist masters as well - among them were H.H. Lungtok Tenpai Nyima Rinpoche, Lopon Sangye Tenzin Rinpoche, H.E. Yongdzin Tenzin Namdak Rinpoche and Geshe Yungdrung Namgyal. After 11 years of education he achieved the geshe degree. The founder, director and the spiritual leader of Ligmincha Institute and Lishu Institute. One of the first teachers, who decided to share the bon teachings in the West. The author of many books translated into various languages; actively teaches his students in US, Europe and Mexico. 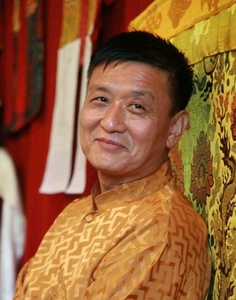 President of Ligmincha Institute, as well as its resident Lama, Geshe Tenzin Wangyal Rinpoche is a master of the Dzogchen meditative tradition of Tibet. Since he was thirteen years old he practiced Dzogchen with his masters from both the Bon and Buddhist schools: Lopon Sange Tenzin, Lopon Tenzin Namdak Rinpoche, and Geshe Yungdrug Namgyal. He completed an eleven year course of traditional studies in the Bon tradition at the Bonpo Monastic Center, Dolanji, HP, India, whereupon he qualified for the Doctorate Degree of Geshe. Upon graduation in 1986, he was employed at the Library of Tibetan Works and Archives at Dharamsala, India. That same year he was appointed by His Holiness the Dalai Lama to be the representative of the Bon school to the assembly of deputies of the government in exile.

In 1988 he was invited by the dzogchen master Chögyal Namkhai Norbu Rinpoche to teach in Italy, which brought him additional opportunities to teach in other locations throughout Western Europe. In 1991 Tenzin Rinpoche was awarded a Rockefeller Fellowship at Rice University in Houston, Texas, where he continued his research into early Bon tantric deities and their relationship to Buddhist traditions in early Buddhist Tibet. He was awarded a second Rockefeller Fellowship in 1993 when Rice University invited him back to teach during the spring semester. Since that time Tenzin Rinpoche has chosen to remain in the West to teach the ancient Bon traditions to Western students. Rinpoche founded Ligmincha Institute in March of 1992 in order to preserve the culture, religious teachings and arts of Tibet and Zhang Zhung. The aim of the Institute is to introduce to the West the wisdom traditions of the Bonpo which are concerned with the harmonious integration of internal and external energies, and most importantly with the spiritual path to enlightenment. Rinpoche currently resides in Charlottesville, Virginia, where he has established Ligmincha Institute. He travels and teaches extensively throughout Europe, the United State, and Mexico.

In 1994 he received a grant from the National Endowment for the Humanities to pursue research on the logical and philosophical aspects of the Bon tradition. The fruits of that research came with the 2006 publication of the scholarly text Unbounded Wholeness: Dzogchen, Bon and the Logic of the Nonconceptual (Oxford University Press, 2006), written in collaboration with Anne Carolyn Klein, chair of religious studies at Rice. Also in 1994 Tenzin Rinpoche appeared on the Discovery Channel, where he explained the principles involved in Tibetan dream yoga practice as one segment of a three-part series entitled The Power of Dreams.

In 1998 Rinpoche established the Serenity Ridge Retreat Center amid the mountains of Nelson County, Va., 30 minutes south of Charlottesville. 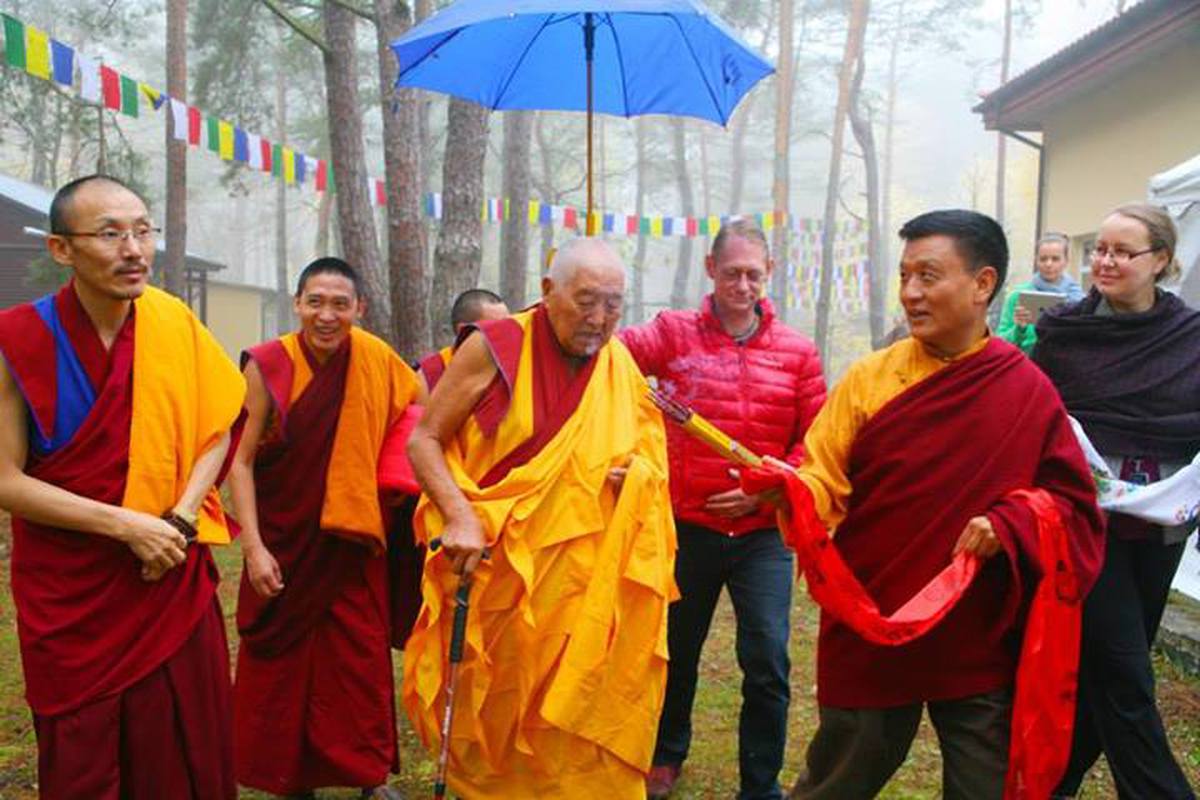