HOME > EN > People > Persona >
His Eminence Lopon Trinley Nyima Rinpoche - born in 1962 in Tsakha (Dolpo region in Nepal). Comes from the Yangton family (which traces its ancestry back to Yangton Sherab Gyaltsen - Tantra and Dzogchen master). In 1992 Rinpoche was given the Lopon title becoming this way the main teacher of the monastery. 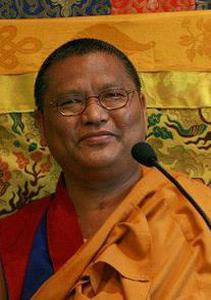 Menri Lopon Trinley Nyima Rinpoche is the principal instructor at Menri Monastery in Dolanji, India. He was born in 1962 in the Dolpo region of north-western Nepal in the remote Himalayan village of Chharka.  He is the successor of Yongzin Tenzin Namdak Rinpoche. Rinpoche s family name is Yangton which traces its ancestry back to Yangton Sherab Gyaltsen, born in 1077. A famous Dzogchen and Tantric master, Yangton Sherab Gyaltsen was the first to set in writing the Dzogchen Experiential Transmission (Zhang Zhung Nyam Gyud). This revered teaching is taught today by Menri Lopon as well as other well known Bön masters such as Yongzin Tenzin Namdak Rinpoche and Geshe Tenzin Wangyal.

In ancient times the Dolpo region was part of the Zhang-Zhung kingdom and is still home to the culture and language of Zhang-Zhung. Menri Lopon s village of Chharka has been the home of one the most precious and secret Bönpo monasteries for the lineage of Yangton lamas – Tarzong Phuntsok Ling Monastery. When Menri Lopon was a child it was the only place people could study traditional education and the Tibetan language. On advice from his uncle, Yangton Lama Nyima Tseten, Lopon Rinpoche completed a series of three-month retreats beginning at the age of thirteen. These retreats spanned the period from 1975 through 1977, during which he focused on the practices for the outer, inner and secret deities of the Bön. He also completed the foundation practices of Dzogchen by accumulating nine hundred thousand preliminary practices. In addition, he received various Transmissions and Empowerments of Dzogchen teachings from several masters. In 1979 Rinpoche was brought to Menri Monastery in India by his cousin Lama Tashi. Menri is the main monastery for Tibetan Bönpo and for the exiled Bön community of India. He was ordained by His Holiness, the 33rd Menri Trizin (abbot) and His Eminence, Yongzin Tenzin Namdak Rinpoche. His studies focused primarily on Sutra, Tantra, and Dzogchen and also included Ritual, Grammar, Poetry, Astrology, Divination, Medicine, Thangka painting, Mandalas, and Stupas. He earned his Geshe Doctoral Degree from the Bön Dialectic School in 1989.

Soon after completing his degree, Rinpoche began teaching at the school and in 1992 was appointed Lopon, principal instructor, of the Bön Dialectic School by H.H. the 33rd Menri Trizin and H.E. Yongzin Rinpoche. The position of Lopon is the second most revered position at this monastery. Lopon Rinpoche continues to teach at the Bön Dialectic School where he is responsible for student training. He occasionally visits the Dolpo region to give Transmission of Preliminary practice and to teach other aspects of the Bön religion to thousands of lay people, monks and Tantric practitioners. He also regularly visits the United States and Europe where he enjoys teaching Sutra, Tantra and Dzogchen to Western practitioners. 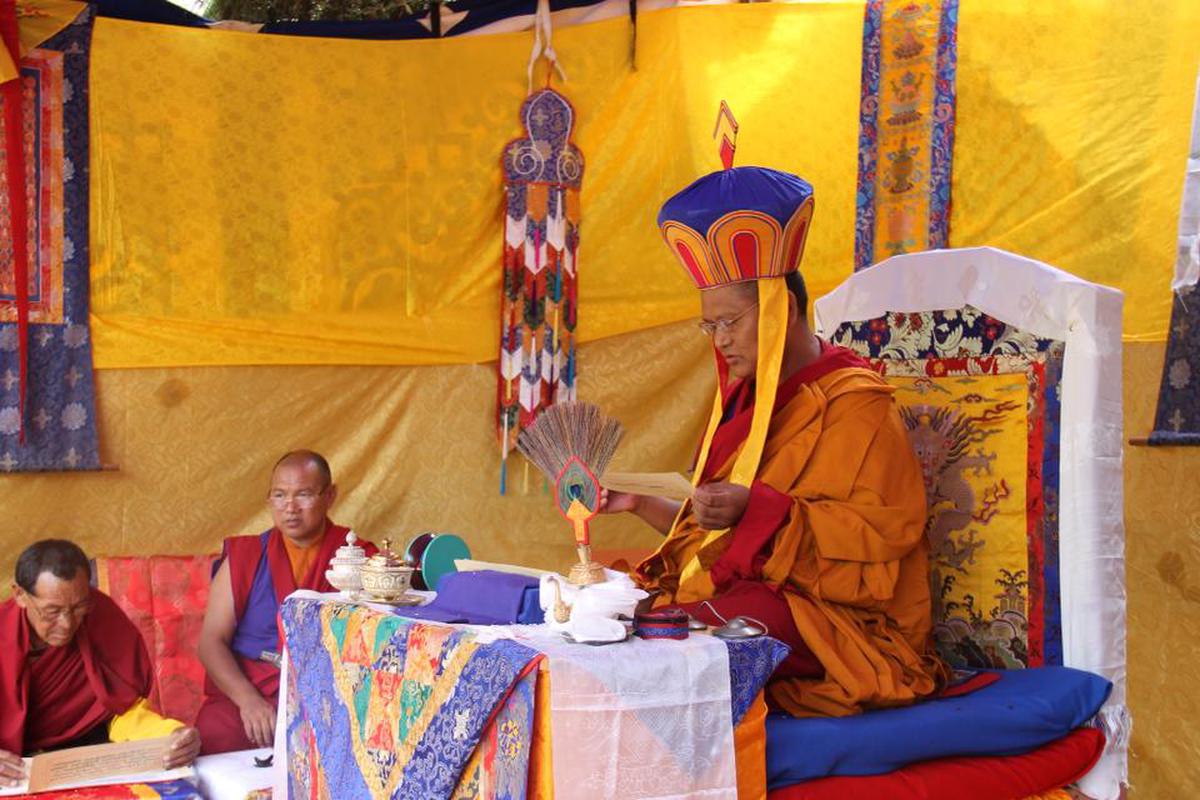