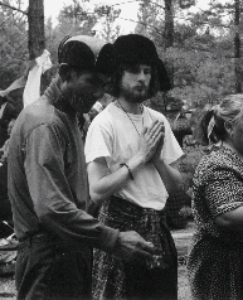 Born in 1967 in St. Petersburg (then Leningrad), Russia, I was raised in a highly cultural environment and studied music from the age of six to nineteen after which I worked as a composer and musician as well as playing in various 'underground' rock and fusion bands (most of this kind of music was severely frowned upon by the Soviet authorities) until I left Russia for the UK in 1993 with my wife.

My connection with Yungdrung Bön goes back to 1989 when I came across a picture of the Bönpo Buddha Tonpa Shenrab Miwo in The Crystal and the Way of Light by Namkhai Norbu Rinpoche. I immediately felt drawn to him. There was next to no material on Bön available to me at that time (Dharma materials were still not openly and were distributed through underground networks) but soon after I was given a transcript of Bönpo Dzogchen teachings which found a deep resonance within me and even got hold of a cassette of the propitiation rite for a Bönpo Protector, Midhu. However, it was not until 1995 that I was able to meet Yongdzin Lopön Tenzin Namdak Rinpoche, in Amsterdam, who has since been my main Bönpo lama. In 1996 I spent three months at his monastery, Triten Norbutse, in Nepal where I received personal instructions and was able to study and practise the Yungdrung Bön tradition. It was at this time that I met Tenpa Yungdrung, the current

Khenpo of the monastery. Since then I have received many teachings on Dzogchen and Tantra from Yongdzin Lopön Tenzin Namdak Rinpoche at retreats in Austria, Germany, Holland and France, and returned to Triten Norbutse in spring 2004 to deepen my practice and knowledge of the tradition. Later that year, a new Yungdrung Bön centre - Shenten Dargye Ling - was established in France under the guidance of Yongdzin Rinpoche and Khenpo Tenpa Yungdrung, who asked my wife Carol and I to stay there. During the 18 months we spent in Shenten Dargye Ling, we worked on transcribing teachings given by Yongdzin Rinpoche in English and created an archive of over 30 texts ranging from Causal Bön, practice manuals to treatises on Dzogchen, and became firm friends with a wonderful monk and scholar, Geshe Gelek Jinpa who helped a lot in the final stages of the research leading to the publication of this book.
In 2007/8 we were again able to spend three months at the Triten Norbutse monastery in Kathmandu where, with the help of Yongdzin Rinpoche, Khenpo Rinpoche and some very learned Geshes (Pönlob Tsangpa Tenzin, Drubdra Khenpo Tsultrim Tenzin, Geshe Tenzin Yangton, Geshe Lungrig Nyima, Geshe Samten Tsugphü and others), I finalized my research. Over the years, Yongdzin  Lopön Tenzin Namdak Rinpoche, Khenpo Tenpa Yungdrung and Geshe Gelek Jinpa have kindly shed light on many aspects of their tradition, including the Bön of Cause and historical matters. 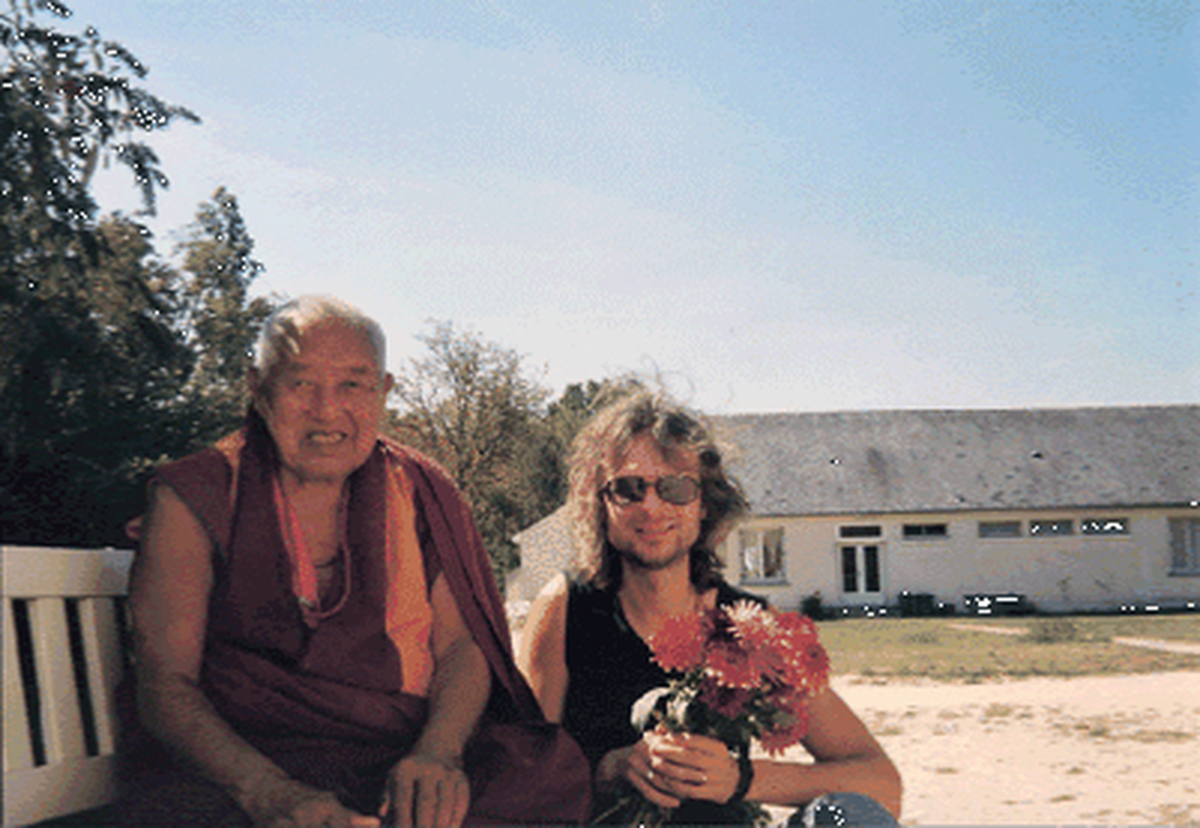