HOME > EN > People > Persona >
Geshe Yong Dong was born in the village of Nagpa, Amdo, Tibet in 1969. At 16 years old, he took his "Gelong" monk's vow from his beloved root teacher, Gyaltsap Tenzin Wangyal Rinpoche. In March 1992 at age 24 he was awarded the Geshe degree. In January 2003, Sherab Chamma Ling, Tibetan Bön Buddhist Centre, was officially formed with Geshe as its Resident Lama. In May 2003, a rental room was obtained to hold regular teachings and meditation practice. 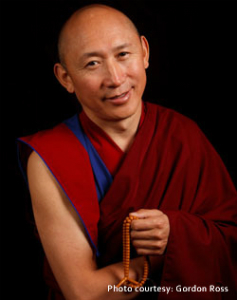 Geshe Yong Dong was born in the village of Nagpa, Amdo, Tibet in 1969. He had a large extended family of many aunts and uncles who took on the job of parenting. He attended the Chinese school however; an uncle secretly taught him some of the Tibetan language by using their fingers to trace out the alphabet in the snow. When he was 10 years old, he was taken by one of his uncles to live and work with the Nomads, herding sheep and yaks in the Himalaya Mountains. Geshe Yong Dong decided to become a monk when he was seven years old. His mother had died and he vividly remembers seeing monks in his home chanting and praying. One young monk made a strong and lasting impression on him. At first, Yong Dong's family objected to his desire to become a monk, wanting him to join them in the family business. It was not until the death of his grandmother, six years later, that his family finally gave him the blessing to enter a Tibetan monastery. He was 13 years old.

Geshe participated in many tantric rituals and Dzogchen retreats. One retreat known as the "Dark Retreat", required sitting in complete darkness for 49 days. He also spent three years studying ritual and sacred dancing, and the flute. He is an accomplished flute player and had the honor to play for H.H. the 14th Dalai Lama in Tashi Kyal Monastery in India. His studies also included debating, chanting, and drumming. His Dharma studies included Sutra, Tantra and Dzogchen, Hinayana, Mahayana, and all schools of Tibetan Buddhism: Bönpo, Nyingma, Sakya, Gelugpa, Kagyupa.

In March 1992 at age 24 he was awarded the Rajampa Geshe degree.

In the spring of 1992, Geshe YongDong with 10 other Tibetans, escaped from Tibet into Katmandu, Nepal. With the help of a Nepalese guide, they walked for 10 days through the Himalaya mountains. He then travelled to Dharamsala, northern India to meet with H.H. the 14th Dalai Lama. Then once again, he began studying in the largest Tibetan Buddhist monastic universities of Sera and the great Bönpo Menri Monastery in India. Geshe YongDong did in-depth studies on Sutra and Tantra including Dzogchen, both intellectually and practically under His Holiness the Menri Trizin and the great master, Bönlop Trinlyi Nyima Rinpoche. At Sera Monastery University, he again went through all the main Dharma studies, in particular, middle path philosophy Madhyamika, under the instruction and guidance of Geshe Thupten Rinchen and Geshe Tsondu Kongpel for three years. Geshe YongDong also received many teachings, transmissions and empowerments from H.H. the 14th Dalai Lama including: Yidam Jikshag (a Tantric Deity), one Madhyamika teaching called (Gongpa Rabsal) and Lam Rim - the path to enlightenment (both Lama Tsongkhapa teachings), and the Kalachakra empowerment.

He is the author of: "Introduction to Bardo Meditation"; "Knowledge of the Land of the Snow"; "The Life of the Son of the Snow"; "Collection of Philosophy & Conduct of the Middle Path"; "The Ancient History of Tibet"'; "The Wild Yak of the Snow Mountain"; "Amala, The Treasure of My Heart"; "The Principle of the Five Elements".

Geshe travelled to Paris, France in 1999, to teach at the Yungdrung Bön Centre there and is recognized as one of the Masters of Bönpo by this organization. In 2001, GesheLa moved to Courtenay B.C., Vancouver Island, Canada. He began teaching philosophy to students in his home and in the North Island Colleges located in Courtenay, Campbell River and Pt. Alberni. In January 2003, Sherab Chamma Ling, Tibetan Bön Buddhist Centre, was officially formed with Geshe as its Resident Lama. In May 2003, a rental room was obtained to hold regular teachings and meditation practice. 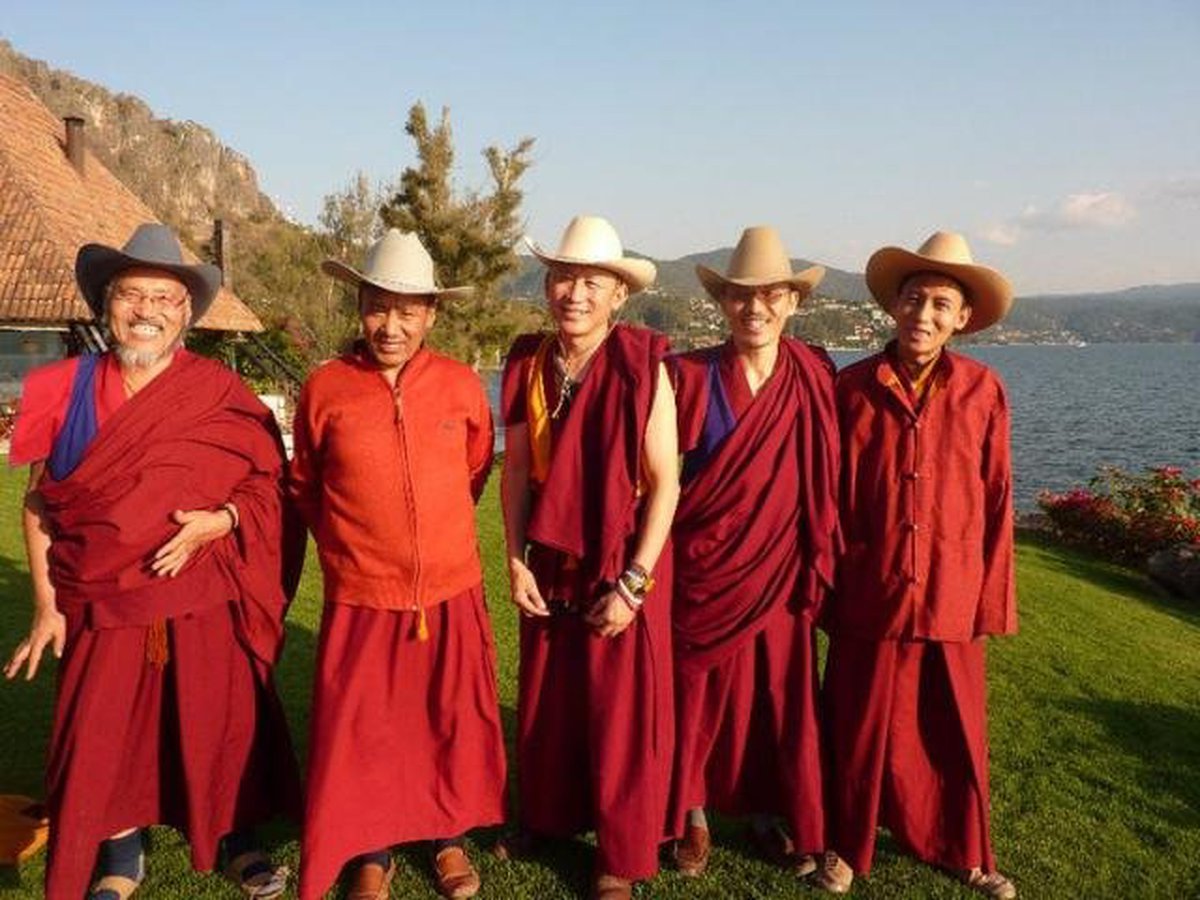