HOME > EN > People > Persona >
His Eminence Yongdzin Tenzin Namdak Rinpoche - born in 1926 in Kyungpo Karru (region Kham in Tibet). The most senior teacher of the Bon tradition; the author of the commentary on Shardza Tashi Gyaltsen s Dzogchen teachings (The Heart Drops of Dharmakaya). Began his education in Yungdrung Ling Monastery under the guidance of Gangru Tsultrim Gyaltsen Rinpoche. In Menri Monastery he achieved the Geshe degree. There continued the education under the guidance of Lopön Sangye Tenzin Rinpoche. Tenzin Namdak Rinpoche played the important role in building the Tibetan refugee community in the Dolanji region (India), where was found the first Bon monastery in India - along with H.H. Lungtok Tenpai Nyima Rinpoche he worked on its development; in 1987 Rinpoche found the Triten Norbutse Monastery. In 2005 found Shenten Dargye Ling Center in France. 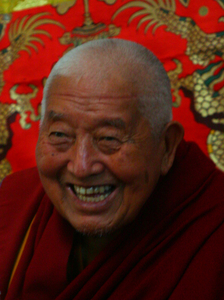 Yongdzin Rinpoche was born in 1926 in Khyungpo Karru in the Khyunpo district of Kham province, eastern Tibet. At age 7 he entered Tengchen Monastery, a local monastery where his uncle served as chant leader. There he entered into an extensive course of education, and at age 14 he took his vows as a monk. In 1940 at age 15, the young monk traveled with his uncle to Yungdrung Ling, a leading Bon monastery in central Tibet. From 1940 to 1942 he spent much time there helping to execute wall paintings, making use of his training since age 11 as an artist and painter. In late 1942 he went on pilgrimage in Nepal and western Tibet, returning to Yungdrung Ling in mid-1943 to begin his studies in philosophy. From 1944 to late 1948 Yongdzin Rinpoche lived and studied with his tutor and master Gangru Tsultrim Gyaltsan Rinpoche, who had retired from 18 years of service as lopon (principal teacher) of Yungdrung Ling. Much of this period was spent in seclusion in a remote meditation cave at Juru Tso Lake in Namtsokha, northern Tibet, where Gangru Ponlob Rinpoche taught him grammar, poetics, monastic discipline, cosmology and the stages of the path to enlightenment according to sutra, tantra and dzogchen.

At the conclusion of this time, in late 1948 he traveled to Menri Monastery in Tsang province, central Tibet, to complete his studies toward a geshe degree (the Tibetan equivalent of a doctorate in philosophy). His main teacher at Menri was Lopon Sangye Tenzin Rinpoche. In 1952 at age 27, he was awarded his degree, and that same year was elected to succeed his master as lopon (principal teacher) of the monastery. By 1957, conflict was escalating in central Tibet between native Tibetans and the encroaching Chinese Communists, at which time Lopon Tenzin Namdak Rinpoche retired from his activities as lopon. He traveled to Se-zhig Monastery on the Dang-ra lake in northern Tibet and remained in retreat there until 1960, just after the Lhasa uprising against the Chinese Communist occupiers.

Under a Rockefeller Foundation Grant in the visiting scholar program, Lopon Tenzin Namdak resided in England, first at the University of London, and then at Cambridge University. Thereafter he made a retreat at a Benedictine monastery on the Isle of Wight. His three years in England (1961–1964) and collaboration with Dr. Snellgrove culminated in the 1967 publication in English of The Nine Ways of Bon (Oxford University Press), the first scholarly study of the Bon tradition to be made in the West. In 1964 he returned to India where he republished precious Tibetan texts. There he also assumed the critical task of raising funds to establish a Bonpo settlement and monastery in northern India. In March 1968, Sangye Tenzin Jongdong (H.H. Lungtok Tenpai Nyima) was selected in the traditional way as Menri Trizin, throne holder of Menri Monastery; and thus became the spiritual leader of Bon. Together, Yongdzin Rinpoche and H.H. Menri Trizin worked to build the monastic community in Dolanji, which at the time was the only Bonpo monastery in India.

In 1993, Heart Drops of Dharmakaya, his commentary on Shardza Tashi Gyaltsen Rinpoche’s book of dzogchen practice, was published in English by Snow Lion Publications. Since 1995 Yongdzin Rinpoche has visited Europe regularly to give teachings, and has also frequently visited the United States at the invitation of his former student from Dolanji, Geshe Tenzin Wangyal Rinpoche, as well as others. He has regularly taught retreats in France, where the Association Yungdrung Bon was set up by his Western students to facilitate his work in the West and in particular Europe. In 2005 Shenten Dargye Ling, a congregation legally recognized by the French government, was established in France for the preservation, research, teaching and practice of Yungdrung Bon. 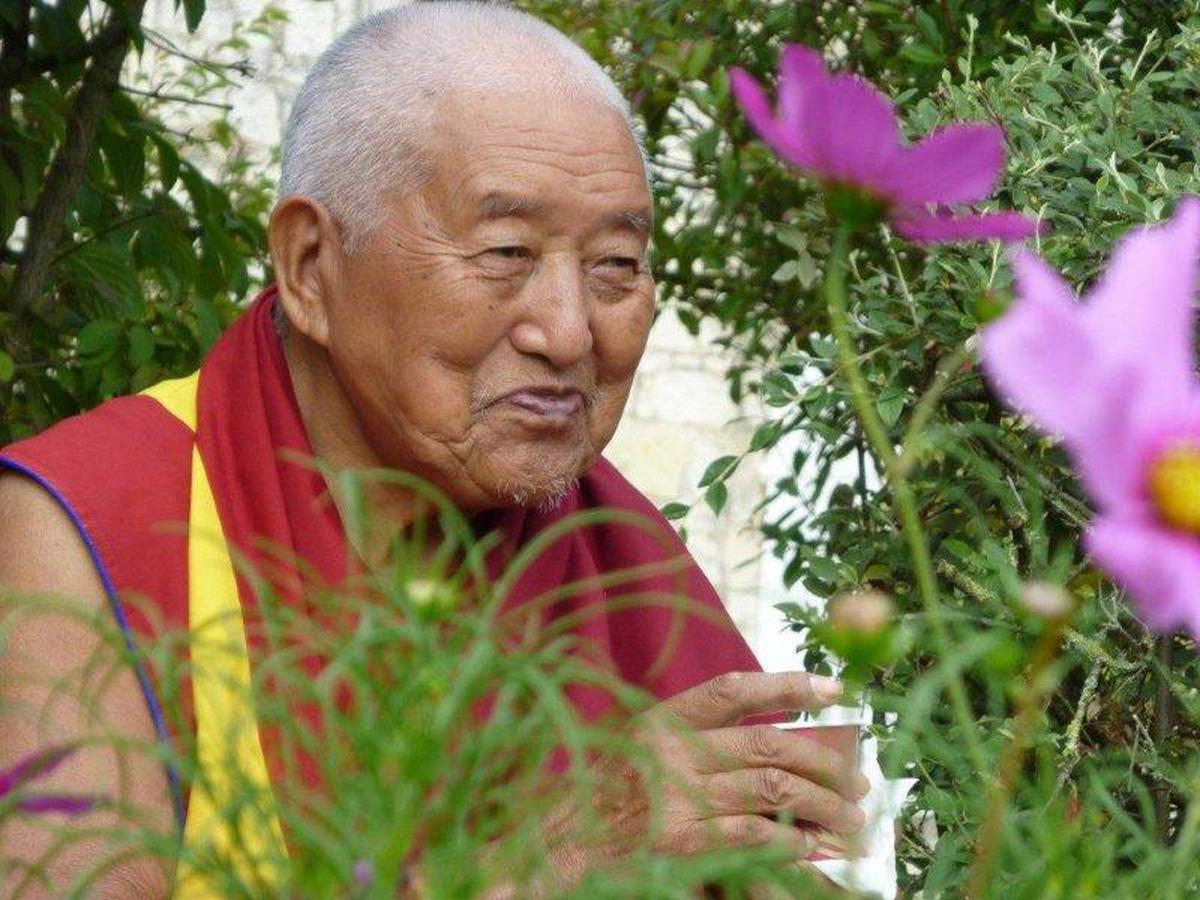