HOME > PL > Osoby > Osoba PL >
Lama P. Khemsar (Khyimsar) Rinpoche is the founder and spiritual director of The Tibetan Yungdrung Bön Study Centre United Kingdom, The Tibetan Yungdrung Bön Institute Miami and Kunzhi-Ling Lugano in Switzerland. Rinpoche has been teaching in the West for almost 20 years. From late 1960s and early 1970s, Lama P. Khyimsar Rinpoche received his spiritual training in Dolanji, India, under the tutelage of many prominent masters. 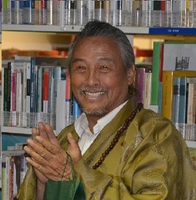 The 17th Lama P. Khemsar (Khyimsar) Rinpoche is the founder and spiritual director of The Tibetan Yungdrung Bön Study Centre United Kingdom, The Tibetan Yungdrung Bön Institute Miami FL, USA and Kunzhi-Ling Lugano, Switzerland with its affiliated Group in Italy. In UK, TYBSC is a British Charity No.SC023439; In Switzerland, Kunzhi-Ling is a registered organization; and in USA. TYBI is a non-profit 501C (3) organization in Miami, FL, USA.
The Lama is a teacher of the Yungdrung Bön spiritual tradition. Rinpoche has been teaching in the West for almost 20 years.
The Lama has introduced Drub-dra school as the main focus where by practicing Ngondro and Ngo-zhi as per Drub-dra curriculum is a must in all his centres in U.K, Europe, America and Asia. He also maintains the She-dra school aspect in his Drub-dra as an essential part in this that philosophical teachings are given such as teachings on tawa (Views), gom-pa (Meditations), chod-pa (Characteristics) and dre-bu (The result) of respectively Dho (Sutra), Ngak (Tantra) and Sem or Dzogchen; The importance of understanding tong-nyid or tong-pa nyid in general and in particular as per the respective views of dho, ngak, sem-soom; The Zhi-Lam-Drebui Nam-zhak or the designation of base, path and result; The application of dhen-nyii or dhen-pa nyii (The two truths) in Dho and Ngak, etc. The Drub-dra school he has established in the West under the umbrella of The Tibetan Yungdrung Bön Study Centre is a continuation of the model of the Drub-dra school founded by Zhu Nam-gyal Drak-pa at the waist of Mount Mo-mein in Dromo- southern part of Tibet. The present Drub-dra is called Khyimsar Drub-dra.

In addition to various short retreats, in 1987 Khyimsar Rinpoche also completed the long traditional Three Year Retreat, under the guidance of Lama Tenpa Gyatsho, his immediate predecessor who later died in Bhutan in 1998. Lama Tenpa Gyatso was the 16th Lama Tri-pa (Throne Holder) of the Pungmo Gön Monastery, who’s Yang-sid Trul-ku Norbu-la is born and lives in Hong Kong. In the earlier days of the 1960s, Lama P. Khyimsar Rinpoche also studied Buddhism under several Buddhist Lamas including Gheshe Lobsang Tharchin, Samdhong Trulku Rinpoche and Jamchen Rinpoche, etc. He had also received teachings, in different times, from His Holiness the 14th, Dalai Lama.
He explored many other faiths too, including Hinduism, Sikhism, Judaism, Christianity and Islam. He extends a warm welcome to all to attend his teachings in abridging and enhancing wider views, regardless of faith, creed, or gender, etc., and stresses that as common themes tend to run through all the spiritual paths, it is possible to use his teachings to complement and abridge wider views thus enhancing the teachings of other paths and vice versa. The Lama is a ri-med (Non-sectarian, liberal) teacher thus he teaches "Spiritual Knowledge" rather than religious dogma. He preaches not to change one’s faith but one must change one’s mind and explore other faith’s spiritual knowledge in order to enhance one’s own faith. He tells us not to talk about Religion but to live religiously. 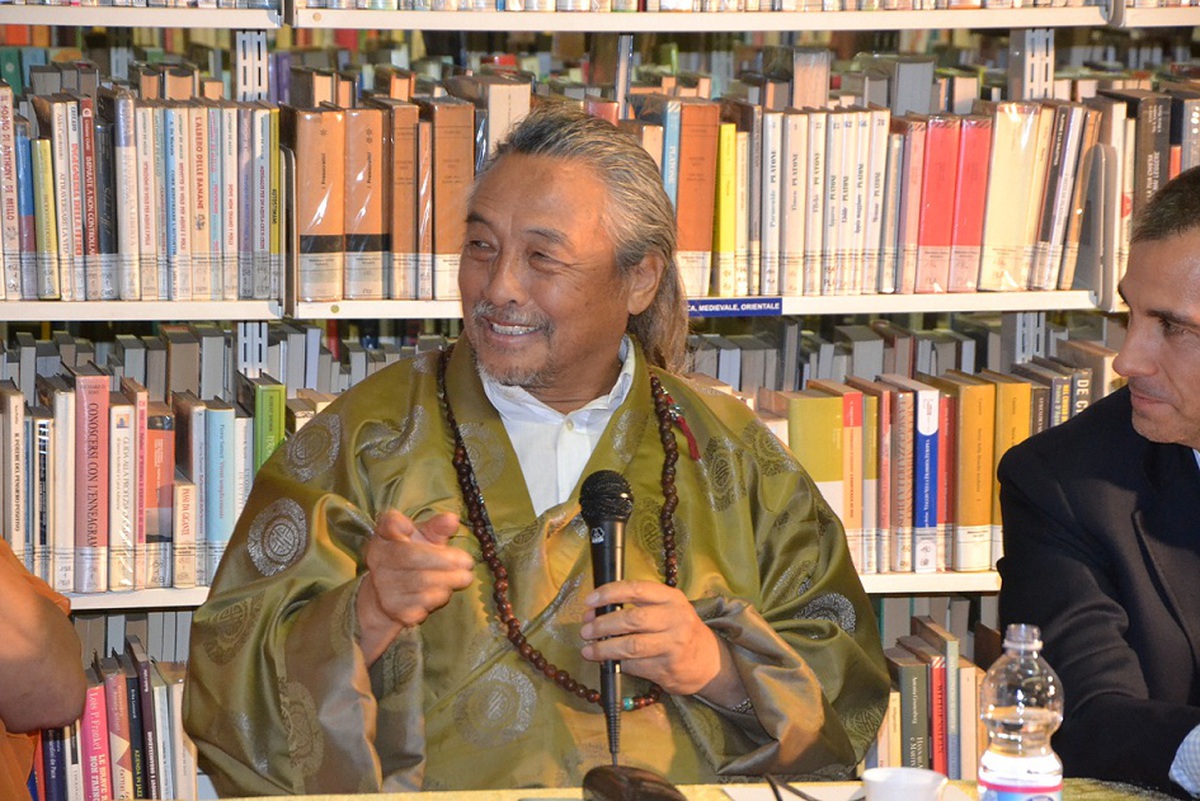